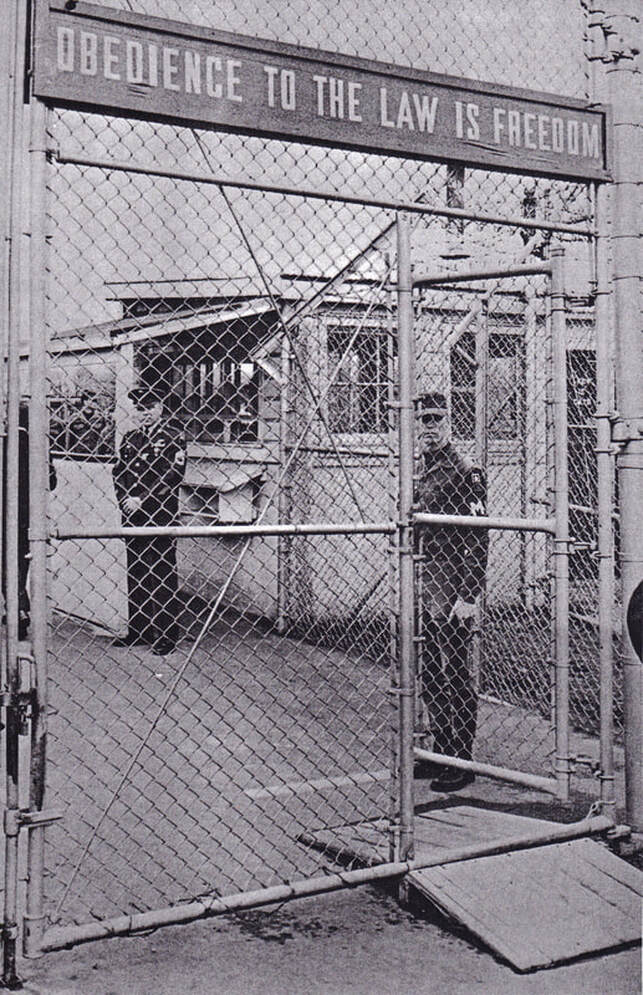 This was the main gate to Fort Dix, New Jersey Stockade, with its (in)famous sign. My "home away from home" from late 1969 into early 1970. I shared these luxury accommodations (<wink>) with the defendants accused of trashing the facility in June of that year, "The Ft. Dix 38." And hundreds of other Enlisted Men accused of heinous offenses like going AWOL. This is covered in Chapter VIII of my memoir. [Photo appeared on cover of Liberation News Service issue of April 19, 1969; reproduced courtesy of Archives and Special Collections, Amherst College Library, Massachusetts.]
My memoir:  TAKE THIS WAR AND SHOVE IT! A Most Unwilling Soldier 1967-1971

I am seeking Literary Agent representation for my memoir of resistance to the American War in Vietnam from within the ranks of the active-duty US military. TAKE THIS WAR AND SHOVE IT! A Most Unwilling Soldier 1967-1971 consists of  approximately 82,000 words of text, plus several appendixes, copies of official government documents and photographs.


Though I had come to wholeheartedly oppose the war while still in high school, circumstances forced me to have to choose between going to jail for refusing the draft, leaving the country of my birth, or taking my chances in the military. Pursuing the latter route put me on a  collision course with authority. I defied that authority vigorously.  Twice ordered to join the Army’s activities in Vietnam, I twice refused and was duly court-martialed. This book is far more than a memoir of my personal feelings and actions in a time of national crisis, however. No punches are pulled in my criticism of those who waged a war that was essentially one massive crime from the start, "justified" by one official lie after another. In the Epilogue and Post-Epilogue, I dissect the fundamental issues of the United States’ addiction to militarist aggression and the “wars of choice” this has produced. I explain why the Vietnam War remains a divisive issue in this country 50 years down the road and offer a three-pronged program for healing the wounds. There are some choice words of criticism for the Burns-Novick "The Vietnam War" documentary. And I reveal why,  for citizens of aggressor nations, “Patriotism" is strictly for suckers.

COMING SOON: Excerpts from my memoir!